BFRS is a Social Enterprise that was created to work in support of the Armed Forces Community (AFC). We support them by working with companies across the UK that are looking to hire, re-train, and offer career advice to the them.

We successful host National Careers Fairs across the country and our aim is to continuously introduce the AFC to companies and try to ensure they are fully aware of the benefits of employing from this community. 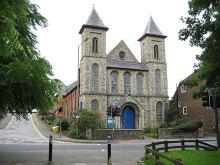 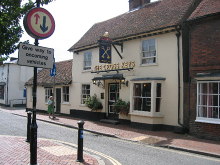 Air Command employs more than half the total strength of the Royal Air Force.  Air Command was formed on 1 April 2007, when the RAF’s Personnel and Training Command and Strike Command merged. The creation of a single Command, with a single fully integrated Headquarters, will better equip the RAF to provide a coherent and coordinated single Air focus to the other Services and today the Royal Air Force is now more able to respond to overseas crises at short notice. Within Air Command at High Wycombe the command of RAF operations is delegated into two operational groups.

No 1 Group also known as the Air Combat Group, controls the RAF’s combat fast jet aircraft, including Joint Force Harrier, and has eight airfields in the UK.

No 2 Group also known as the Combat Support Group, controls the Strategic and Tactical air transport aircraft, the RAF Regiment, the RAF’s Air to Air Refuelling aircraft as well as reconnaissance and Search and Rescue assets.

HQ STC and RAF High Wycombe is spread over three sites situated in the village of Walters Ash Buckinghamshire, which is within the Chilterns, an Area of Outstanding Beauty.

The largest town in Buckinghamshire is High Wycombe which is 5 miles south of RAF High Wycombe. The centre of London is forty minutes by train and RAF High Wycombe lies close to the M40. Small country towns like Marlow, Henley-on-Thames, Beaconsfield, Wendover and Princes Risborough are only a short distance away. Close to the M40 Junction 4 you will find a 6 screen cinema, large leisure centre, TGI Fridays, John Lewis and Asda. The centre of High Wycombe is under major redevelopment and once completed will include new retail and leisure facilities, restaurants, apartments, a new library and bus interchange. Wycombe's Causeway Stadium is home to London Wasps as well as Wycombe Wanderers.

High Wycombe boasts many amenities including a fully equipped modern fitness suite, various sports and recreational clubs including football, rugby, volleyball, martial arts and lunchtime circuit training. There is a learning centre for personnel and dependants, station hairdresser, coffee shop, thrift shop, free internet service in the HIVE and learning centre. Included in the many children's facilities are a Babies and Bumps club, Toddlers, Brownies, Beavers, Cubs, Scouts, Guides, youth club, crèche, pre-school and day nursery. There are the usual mess facilities including a Corporals' Club and All Ranks' bar.